It is rude to refuse a good breakfast.

Our website uses its own and third party cookies. A cookie is a file that is downloaded to your computer when accessing certain web pages to, among other purposes, ensure the correct functioning of the web page, allow faster access to the selected service, store and retrieve information about user navigation  and the equipment used, and even, depending on the information the cookie contains, they can be used to recognize a returning user. Cookies are only associated with an anonymous user and the computer or device. They do not provide references to personal data, unless expressly authorized by the user.

The user can, at all times, accept or reject installed cookies that are not strictly necessary for the proper functioning of the website and service access. To able or dissable you must navigate to the Cookie Setting Panel provided in our website.

Likewise, you can configure your browser at any time without damaging the User’s ability to access the contents. However, we inform you that the rejection of cookies may decrease the proper functioning of the website. 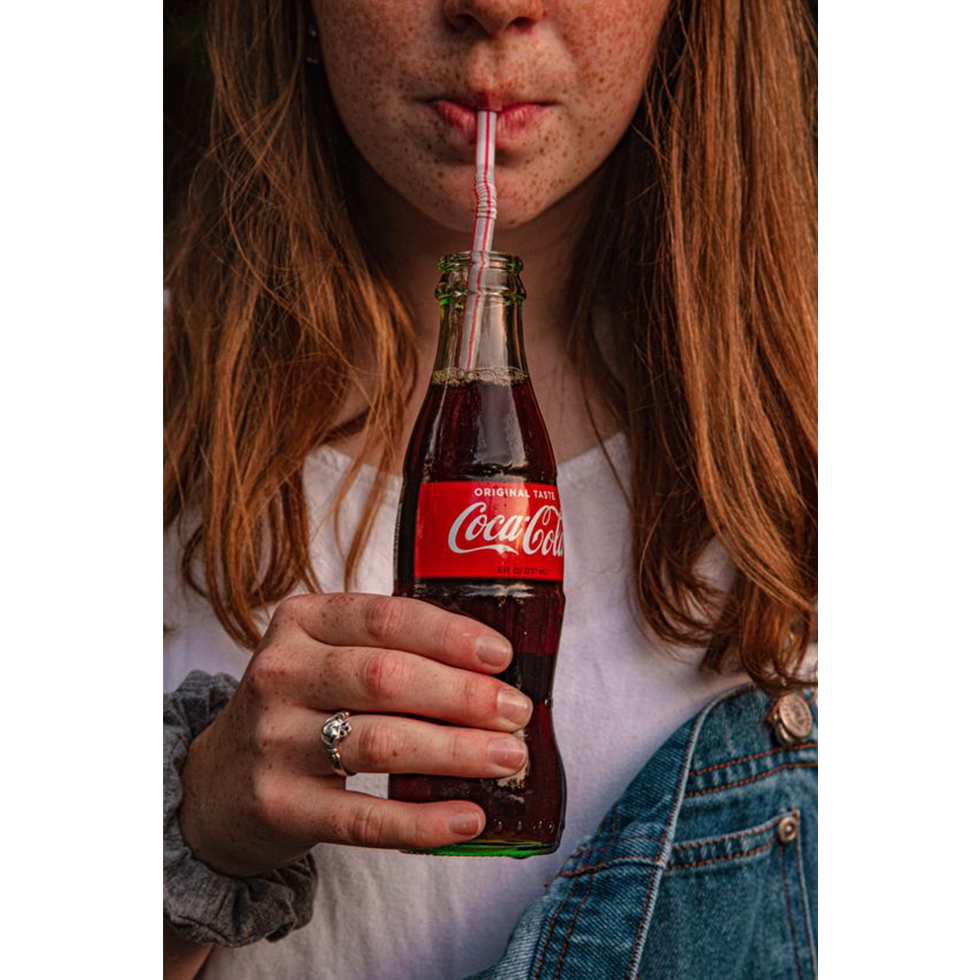 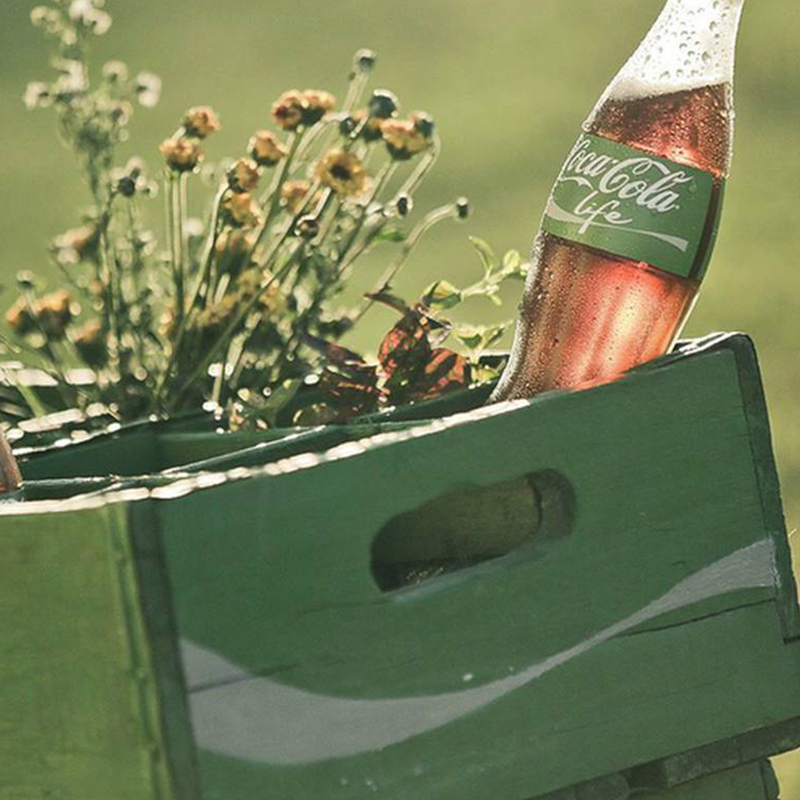 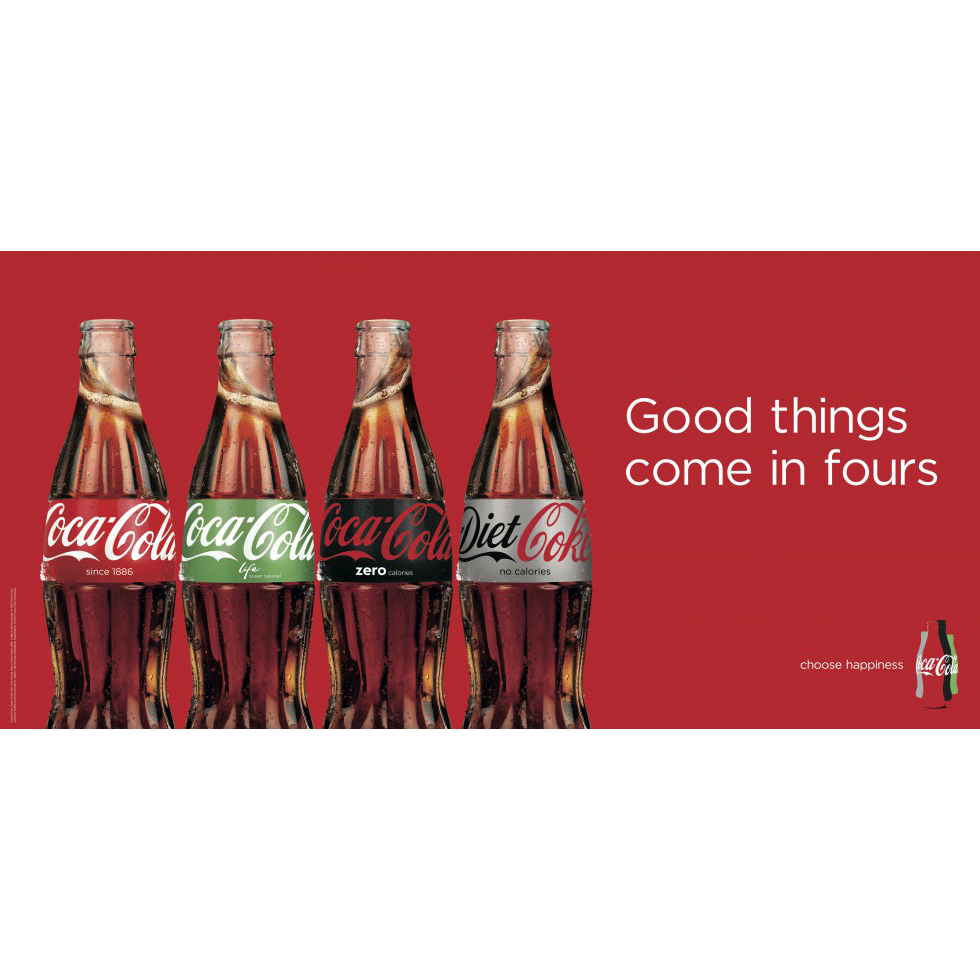 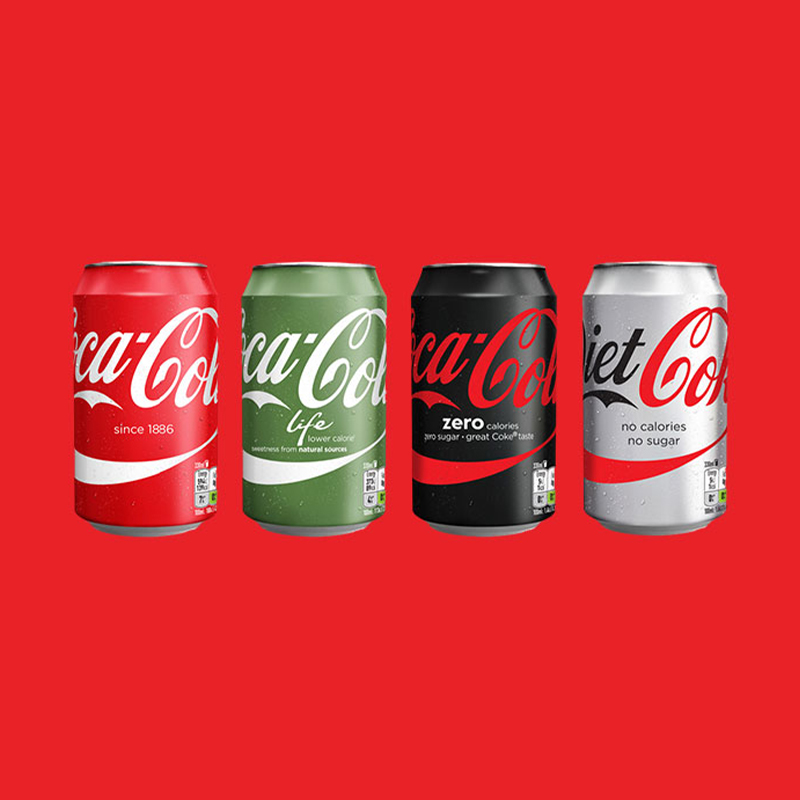 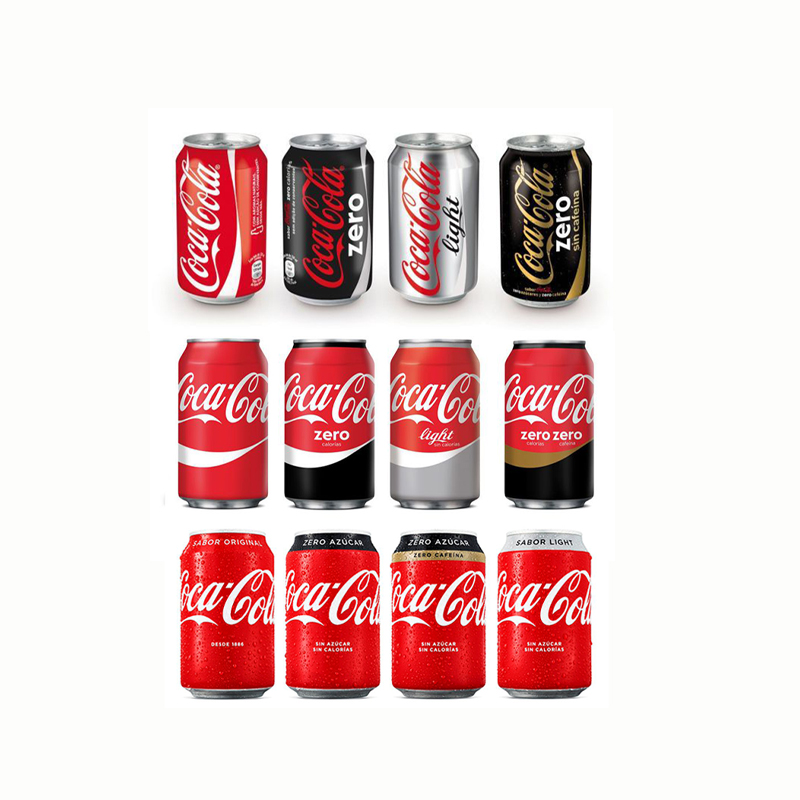 
The Coca-Cola case: a transition in its brand architecture that has its origins at the beginning of the last decade and is only now being completed.

Previously, we wrote an article in which we explained the importance of choosing the correct brand architecture for our portfolio. Today, we are going to put theory into practice by analyzing the Coca-Cola case: a transition in its brand architecture that has its origins at the beginning of the last decade and is only now being completed.

Coca-Cola is perhaps the most valuable brand in history. This, coupled with the intergenerational scar left by the infamous New Coke in the company’s internal corridors, make executives in the marketing department think multiple times before making high-impact decisions. In this article, we will explain what led the company to break with its historical strategy and change the architecture of its flagship brand, and we will analyze the transition process that this change entailed.

Coca-Cola Life (CC Life), Coca-Cola Zero (CC Zero) and Diet Coke (or CC Light, depending on the country) were launched in a very different world from today’s. in day. The consensus at the time was that new products were favored by having their own voices. By creating a sub-brand for each product, Coca-Cola could create a variety of value proposition that would appeal to different target audiences. Coca-Cola Life was the low-calorie Stevia version intended for those interested in natural products, Diet Coke was the calorie-free and sugar-free version for those who wanted to take care of their diet, and CC Zero was the original flavor, but sugar-free and calorie-free.

However, about 10 years ago, when the masterbrand architecture strategy was first devised, the company was facing a number of problems:

1. Confusion about the sub-brands value propositions

The public didn’t fully understand the value propositions of the sub-brands. In particular, the biggest problem was that the difference between Diet Coke and CC Zero was not clear. In the words of Bobby Brittain (Head of Marketing at the time), “we (Coca-Cola) are not getting as much growth as we could given there’s this fundamental lack of understanding about what’s going into these products”.

2. The “war on sugar” was impossible to win

Public opinion about sugar had been strongly transformed. Coca-Cola’s reputation was being severely damaged by campaigns against childhood obesity and regulations around the world that forced warnings to be printed on products with high sugar content. In this regard, Bobby Brittain words anticipate the company’s solution: “When people think about Coca-Cola now there is an immediate jump to the product with sugar in it. Our ambition is that over time when people think of Coca-Cola they think about the choice that is available to them under that”.

3. Contact-points with the audience grew exponentially

The explosion of digital marketing, social networks and mobile phones abruptly multiplied brands’ communication channels. For Coca-Cola, this meant not only more spending but also a much more complicated internal structure. An increase in brand managers, multiple campaigns running simultaneously for each sub-brand, a horde of community managers for social networks, content creation specifically designed for Facebook, Instagram and Twitter… The marketing department was increasingly saturated and consuming more and more resources.

So, what was the change in brand architecture that helped Coca-Cola solve these problems?

After years of planning, in 2015 Coca-Cola began the process of transitioning from an architecture of sub-brands to a masterbrand structure. As we will see, this was a very slow process. However, at least from the branding point of view, it provided solutions to the problems that plagued the company.

The new architecture implied that Coca-Cola’s communications would be on behalf of all its variants. There would no longer be a campaign for Classic Coca-Cola, another for Diet Coke, another for CC Zero, etc. In this way, all TV commercials, OOH ads, profiles on social networks and websites were unified under the umbrella of a single “Coca-Cola”.

The transition was slow. Initially, the visual identity of the former sub-brands was maintained since the change was purely in the communications structure.

This was not enough and even generated inconsistencies, but the intention was to accustom the public little by little and take the time to choose the best path. For this reason, different territories were given relative freedom to experiment with their own transitions.

After years of transition, today most of the world has the same visual identity that perfectly represents the new architecture. Now, the variants are communicated as different flavors of the same product and brand.

Conclusion: How did the new architecture help solve the problems?

The new strategy meant an immediate reduction in the amount of contact points and content to be produced, which greatly helped to simplify the structure of the marketing department and lower its costs. Coca-Cola also became more flexible and innovation-ready: Before, the company had to create a new brand with each variety it launched on the market. Now, it’s just a matter of adding a new flavor to the brand’s offering—while getting a giant brand equity transfer in the process. For similar reasons, the masterbrand architecture makes it much less expensive to modify or remove a variety, as was the case with CC Life, which was discontinued last year.

Finally, the new architecture eliminated all the problems stemming from the confusion between Diet Coke’s and CC Zero’s value propositions (the company is now communicating their flavor—“Light/Diet Flavor”—and their composition—”Zero Sugar”—), at the same time that Coca-Cola is presented as a company that does not aim to sell sugar, but rather freedom of choice.

The new strategy meant an immediate reduction in the amount of contact points and content to be produced, which greatly helped to simplify the structure of the marketing department and lower its costs. 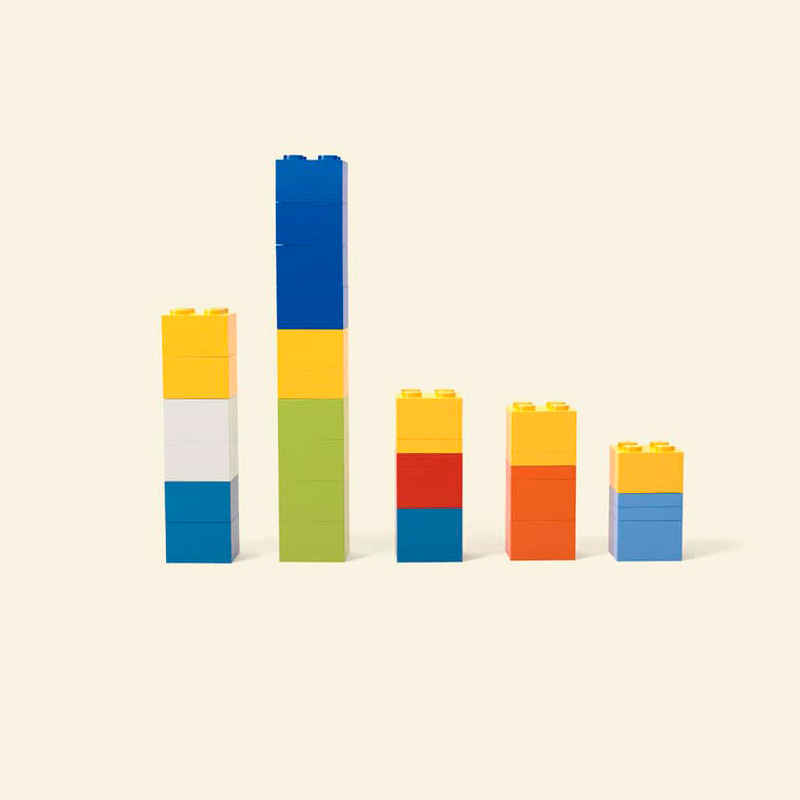 Transmedia storytelling: the lego strategy to conquer the market 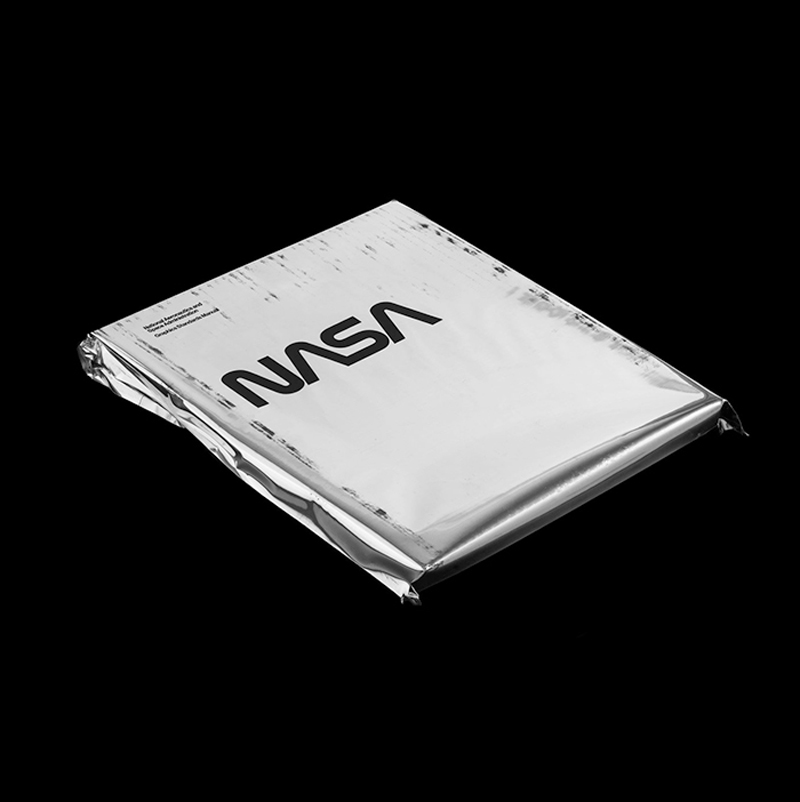 What does “strong corporate identity” mean and how can it improve your business? 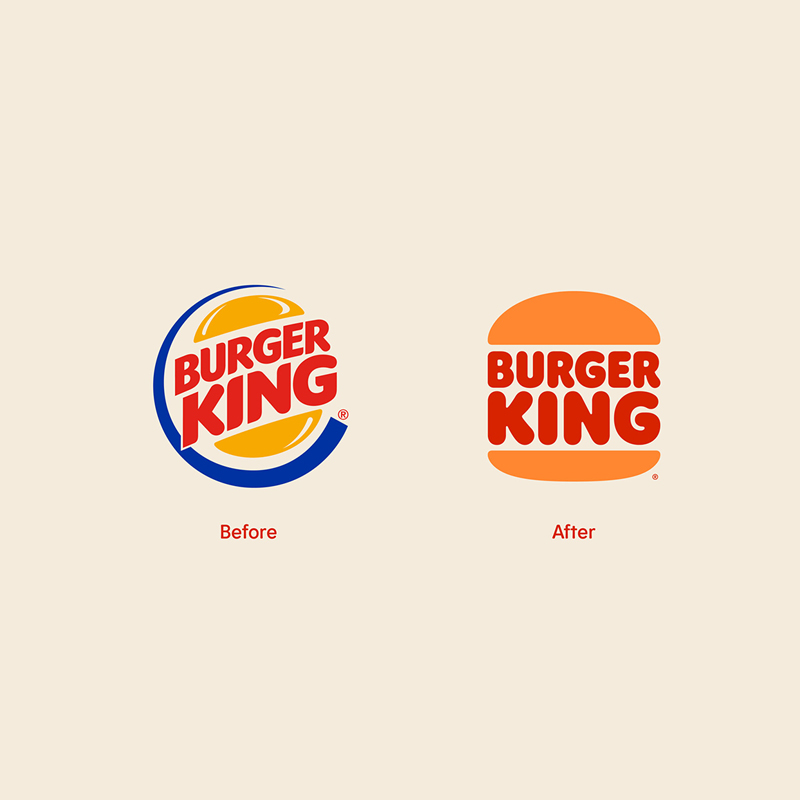 9 reasons to update the corporate identity of your brand 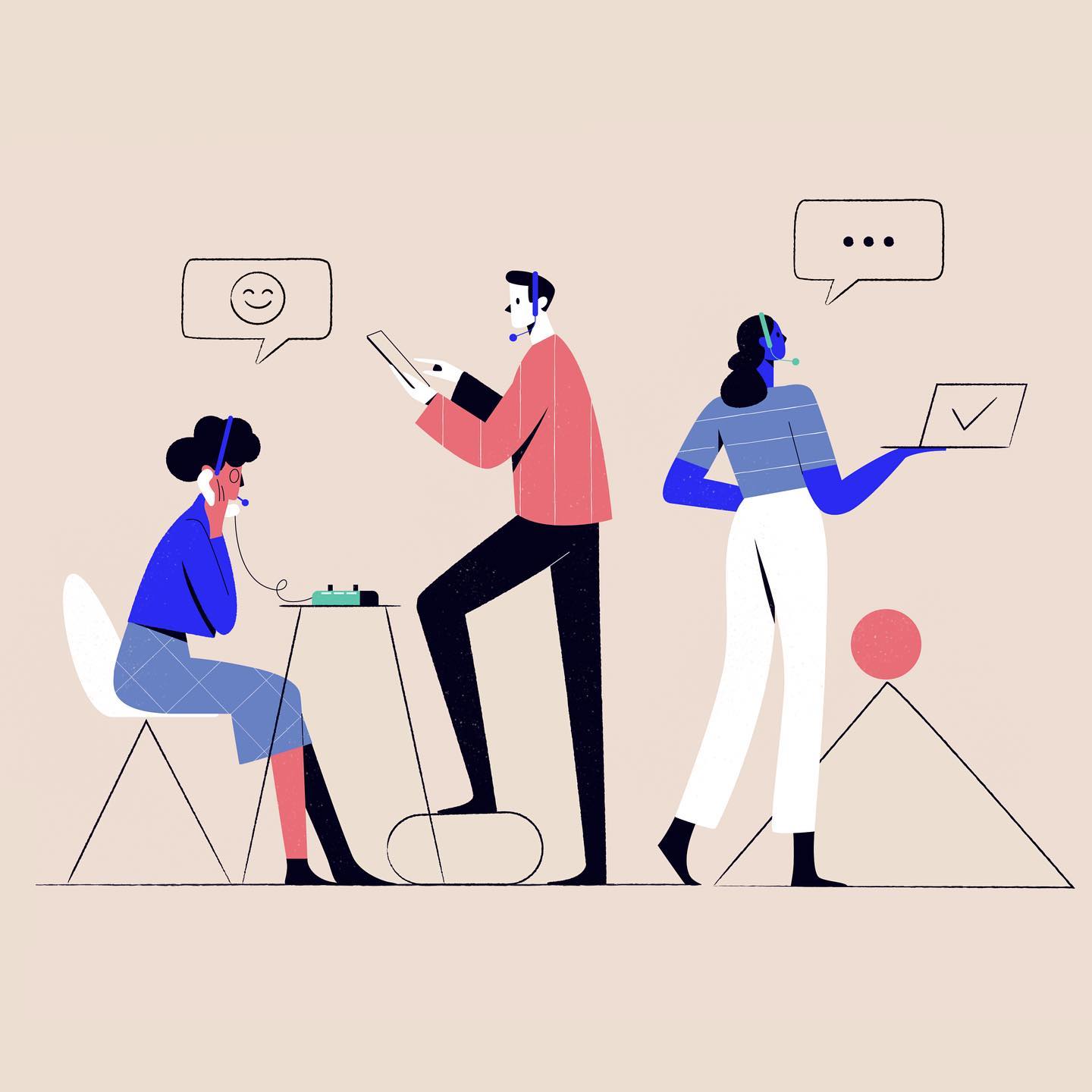